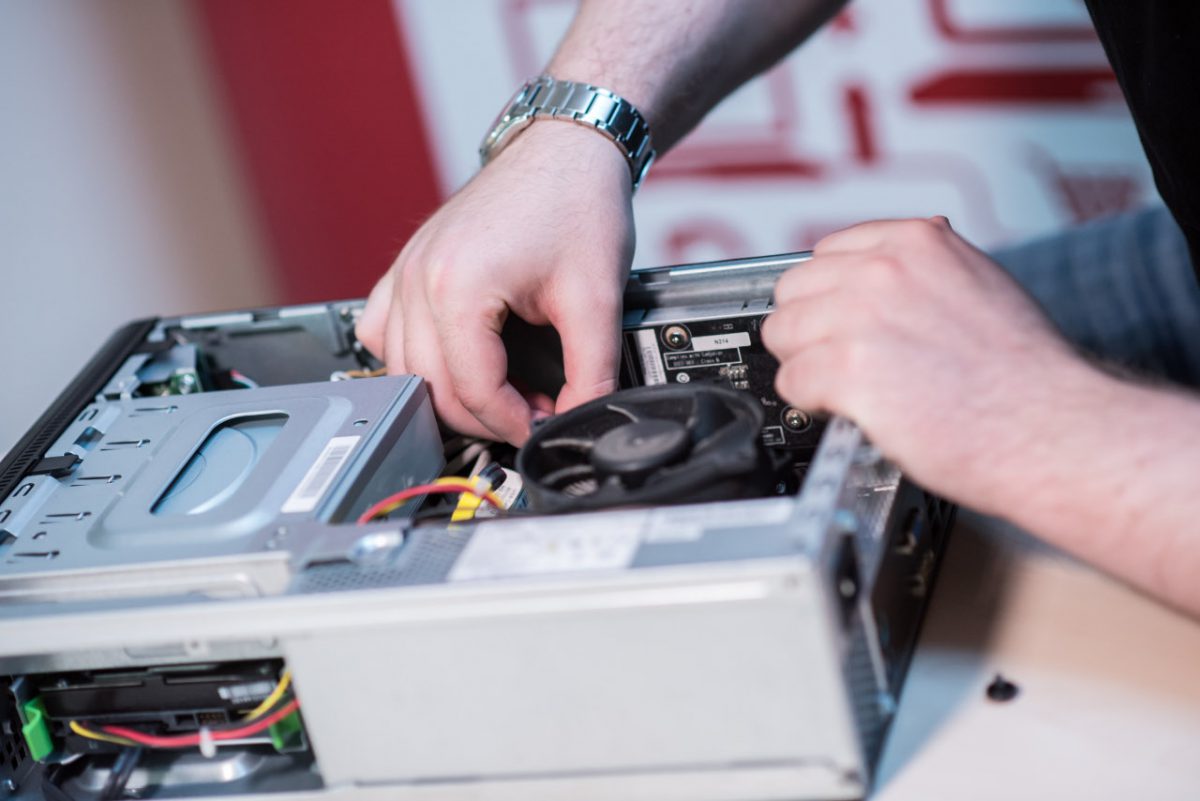 Well, we’re a month into the new year now and it’s hard to deny the dramatic changes across the IT and tech sectors over recent years with advances in innovation well and truly on the rise. With 2018 upon us, we make our predictions for the key upcoming trends and new technology that you should be aware of this year.

Blockchain will get even bigger, be used more creatively and in different industry sectors

What is blockchain I hear you ask? Put simply a blockchain is a decentralised ledger of transactions that can be used to record virtually anything. If you’ve heard of Bitcoin (who hasn’t?) then that is based on a blockchain – in fact, it’s where it all started. Expect blockchains to be used from finance, to health and even down to internet connected devices such as your fridge.

With GDPR (General Data Protection Regulation) looming in May, businesses will be more mindful of securing their data to ensure they avoid the perils of data breaches and the hefty fines that ensue following lack of compliance. From sufficiently backing up data, to using the right firewalls, passwords and data storage, businesses need to take the necessary steps to protect themselves and their assets. If you’re used to PCI, you are most of the way there. And if you’re taking credit card payments and don’t know what PCI is – call us!

After a hugely successful 2017 which included their first ever redesign of the iPhone in 4 years and development of the Apple Watch to include cellular connectivity and functionality as a standalone device, the tech giant also launched its own TV shows and introduced Apple Pay Cash to the market. 2018 looks no different as rumours have it the masters of innovation look to release an updated Mac Pro model laptop, the iPhone Xl, Apple Watch Series 4, AirPower (wireless charging) and their take on Amazon’s Alexa; the smart voiced controlled speaker called HomePod.

With the introduction of Amazon Alexa, Siri and other virtual assistants being released to the market, we are already being trained to no longer rely on our fingers and thumbs to make things happen! As such, the touchless interface is well and truly on the rise for 2018 leaving our friend Alexa to organise our lives from sending out emails, processing orders to turning off the bedroom light! What will be next? Robots that can do our jobs for us and driverless cars? As with all technology though, caution should be taken in certain environments – as these devices are listening ALL the time…

Cloud computing taken to the edge

Edge computing is another new technology set to shake up how we think about the cloud and how it will be used in 2018 and beyond. Edge computing is a return to distributed computing where processing power is spread over multiple computers rather than one platform. But what are the benefits of edge computing? As devices become more powerful, they’ll require ever larger streams of data to operate making cloud computing too slow. By moving data centres to an edge of a network it speeds up the storage, processing and analysis of data. This ultimately drives better performance and faster response times helping create greater efficiency over time. It’s going to be a lot of work, given how much we’ve invested in the cloud but will be well worth it in the long term as demands and data capacity increase.

It goes without saying that we have probably all eaten our way through the festive season and beyond (ah-hem, diet starts in March) we will no doubt be watching the waistline. Like with all things, we say it’s about making small changes over time to see long term improvements. What did our mothers say? Everything in moderation? Taking small steps first and all that? We recommend beginning with a simple IT audit to help identify the top 3 areas that could significantly improve your business performance and data security. Set yourself a small target of achieving those first and you are more likely to commit to making improvements that will support longer term business goals. From the team at Red Maple, we wish you all a happy, prosperous 2018 free from IT headaches!

This website uses cookies to improve your experience while you navigate through the website. Out of these cookies, the cookies that are categorized as necessary are stored on your browser as they are essential for the working of basic functionalities of the website. We also use third-party cookies that help us analyze and understand how you use this website. These cookies will be stored in your browser only with your consent. You also have the option to opt-out of these cookies. But opting out of some of these cookies may have an effect on your browsing experience.
Necessary Always Enabled
Necessary cookies are absolutely essential for the website to function properly. This category only includes cookies that ensures basic functionalities and security features of the website. These cookies do not store any personal information.
Non-necessary
Any cookies that may not be particularly necessary for the website to function and is used specifically to collect user personal data via analytics, ads, other embedded contents are termed as non-necessary cookies. It is mandatory to procure user consent prior to running these cookies on your website.
SAVE & ACCEPT